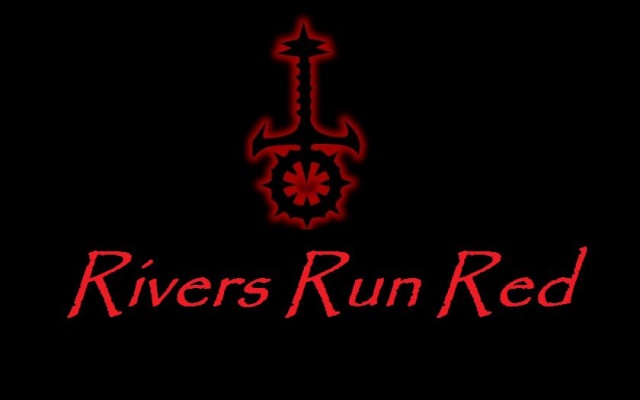 Orphius stands hidden (Obf. 2) near Redbeards on 6th, just after the penguins loss; waiting for a response to the summons he sent to a certain childlike ghost with a taste for straight razors.

The walls of the nearby alley stretch like a rubber band being drawn back. Small bits of trash and the paint on the dumpsters begin to char and peel as though exposed to some unseen, hellish blaze. A perfect set of smiling teeth approach from the now impossibly far away exit to the alley, only a block away mere moments before, bringing with them the smell of charred earth and burnt meat.

Then reality snaps back into focus. The rubber band released. The fragile frame placed around the meat world of the Quick. The teeth now belong to a child of seemingly no more than 11, pale and dirty cheeked in a sun dress with faint, rusty stains in stripes all too familiar to a Cainite who has cleaned his share of blades on a slain opponent's shirt.

"Hello Mr. Oar-fee-hiss! My Bloody Man boss said I's to come get you if you call." She says as though half-forgetting her little rehearsed speech. She keeps walking toward the wall of the bar, never actually looking up at Orphius. "They all so sad. It ain no Sorrow but it's nice." Finally she looks up excitedly, "He din say nothin about time, you think I can have some before we go? Promise not to tell though!"

"As you desire, little one. When you are done, I would appreciate it if you showed me to the Bloody man."

Orphius heads over to a junker that looks like it is held together by tape and a prayer, with a scruffy older man at the wheel; and takes a seat in the back. Once she has had her fun, he says "Follow the child, Gerrard."

Ten minutes pass as the child whittles away at the building's facade with the counter balance of an old wood-handled straight razor.  As she slowly ambles to the car she seems to take on a shaper focus as though she is more real than when she first appeared.

"Ok, here goes." she says, as she unfolds a creased piece of parchment from her dress.  Short lines of block letters spell out a simplified set of directions.  "To the highway, Jeeves!"

Some 20 minutes later her directions lead to a restaurant undergoing renovations on the side of a hill.  The backlit plastic sign proclaims, "Lagrima de Crocodilo Churrascaria & Lounge" above a smiling cartoon crocodile wiping away a single tear as he stares lovingly at a pig on the spit over a flame.  The curtained windows of the brick building have several signs stating, "Hiring Servers and Kitchen Staff" and "Opening Soon."

After Elizabeth knocks a key can be heard in the door and it swings outward to reveal a young redhead.  "Come on in," she says to Orphius, averting her gaze.  "I'll get him."  She locks the door behind them and leaves the keys hanging there.  As she walks between the tables stacked with chairs toward the back a noise stops her at the server station.  She walks around the counter and gives something a savage kick which yields a meaty thud for her effort.  "Make yourself comfortable," she says kicking again.  This time the top of a bound and gagged man falls over past the edge of the counter.  "The new manager tried to put me on the fast track to promotion...on my knees of course.  Boss decided he should lose more than his job for that.  There is still some juice left in him if you want."  She stops again just before the kitchen door swings shut, "I'd get to him before Elizabeth if you're hungry.  He won't last long once she starts."

That said you notice the girl has started skipping around the tables on her way across the room singing to herself,  "One, two, cut just above the shoe.  Three, four, they hit the floor.  Five, six, give 'em more sticks..."

"Seven..Eight... Regret thy fate. Nine, Ten, Do it again..." hums Orphius, making a set of gestures and a muttered aside to something.
Directing his gaze at the bound idiot "Can you hear it? They are hammering your cage right now...setting irons to the fire.  From blood and screaming...to blood and more screaming.  Even death doesn't stop the pain." he finishes with a serpentine grin.
(The sound of hammered metal begins to reverberate just around the former manager, disappearing as Elizabeth arrives)

Orphius takes a seat, pouring out a dram of rum from a old bottle, and setting a pinch of tobacco near it; rattling off a prayer in a mix of old Caribbean dialects. After the prayer, the rum and tobacco are gone.

Elizabeth sets to work on the man.  Her every slice has the precision of a skilled butcher, tendons and muscle split and rendered useless.  She starts at the Achilles, then the hamstrings, moving from legs to arms before standing back to watch her victim.  At first he thrashes and screams against his gag.  Soon he can barely move as his tormentor has severed all but the muscles of his torso and neck from their attachments.  Blood loss and shock conspire with his ravaged body to leave him able to do little more than flop like a beached fish as his life blood drains unto the linoleum.

A heavy bang of metal on concrete sounds from the kitchen, as though some object of great weight had been lifted and then dropped to the ground.  A few seconds later Raphael comes through the door accompanied by the redhead.  "Orphius, brother, I had wondered if you would come calling." he says as he emerges, "Some things are best discussed unheard even by the dead; Elizabeth, finish with your plaything and come with Rose."

The child lifts the man's head and pouts into his glazing eyes, "Shoulda been nicer to Rose mister." she giggles as she cuts his throat ear to ear.  Then she resumes her song as she skips over the redhead who leads her back into the kitchen.

Raphael moves to sit with Orphius.  As he closes across the Shroud the smell of woodsmoke and burnt blood seems to cling to him...as well as the lingering sent of death, old death.

"I like the decorations... Although I believe the mortals raise a bit of a fuss over clinically mutilated bodies.  You've missed some things of possible import..."
*Orphius fills Raphael in on the last few months antics of the cities general population, including the groan worthy 'alchemy' lesson*
"... And our friends - the computer-magi - seem to be back.  I suspect they set fire to the church that I called to alert Elizabeth and yourself about.  The doors had been fortified against flame and blade; although the frames were not so protected.  Amusing to save those who try to grant us true death, but the rationale was persuasive."